Behind
The Lens
With
Tobi
Wernik

"...at one point, every frame was just an idea in someone's head. An idea of telling a story in a particular way, an idea that connects the audience to a happening long gone."

Meet Tobi Wernik, the man behind the lens.

Growing up in Salzburg, Austria, Tobi spent most of his childhood skiing, mountain biking, or hiking somewhere between northern Italy and his hometown Salzburg. He moved to Graz in 2015 to get his degree and spent a semester in Indonesia while doing so. Part of his family is from southern California, which is why he enjoyed a bilingual upbringing.

“...even though I spent more time reading and writing German, it always felt more natural to express myself in English. Hence, the language of the blog.” 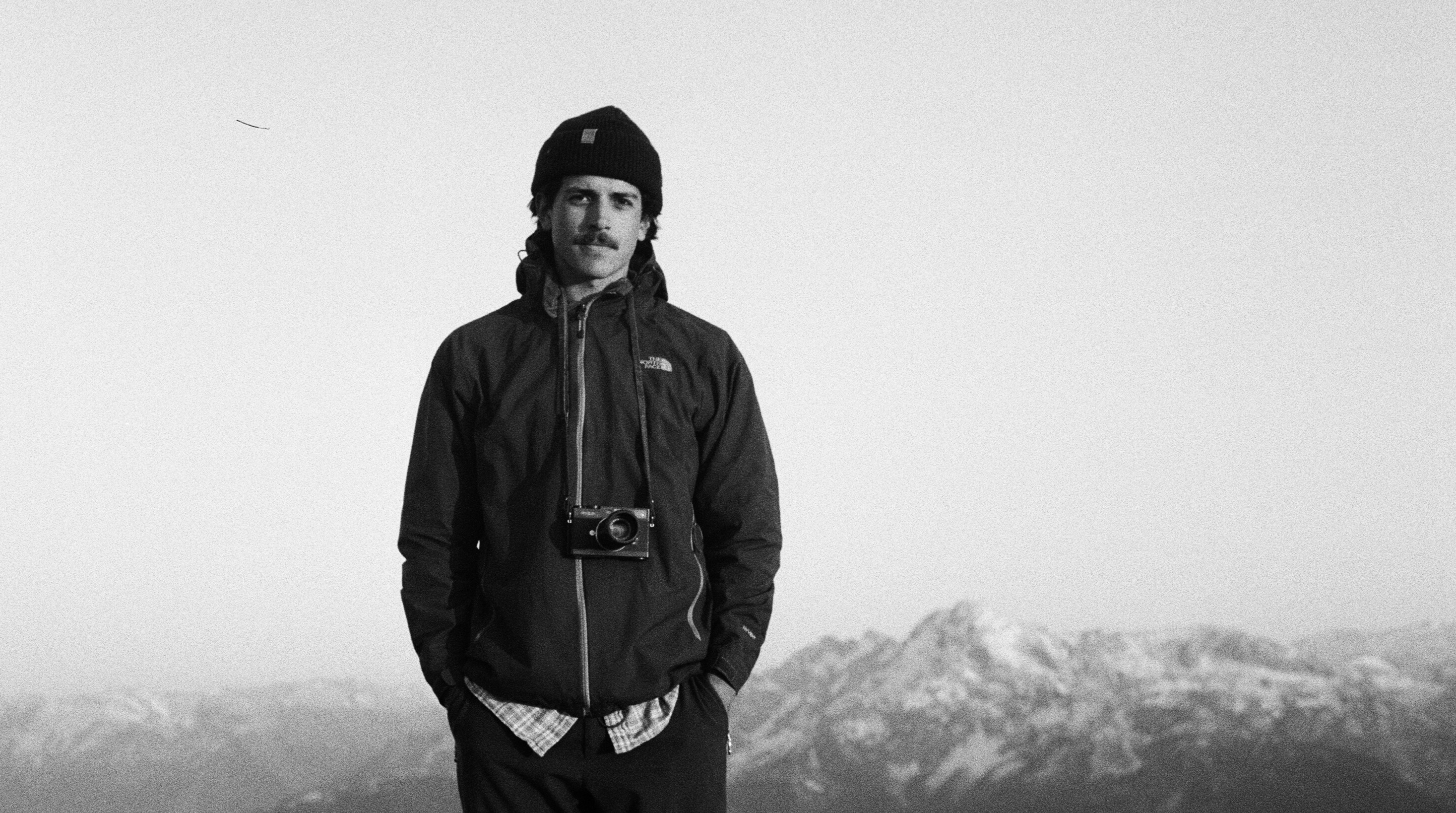 How did you get into photography?

My father used to spend a lot of time with his “Fotoapparat” when I was a kid; my interest in photography was little to none back then. I was more interested in riding my bike or reading magazines about rad stuff.

Even though I was very young, I remember looking at photographs of the sports I enjoyed doing and thinking to myself, this is such a cool move, but visually the photo is really hard to look at. I thought there has to be a better way to capture the cool stuff that’s happening.

It was not until my exchange semester in East Java, Indonesia, that I finally got in touch with people who were taking pictures that actually seemed appealing to me. For the first time, I felt like I was able to connect movement and aesthetics in a single frame, and it changed my approach to photography. The idea of the frame was always there; all I added was a subject. 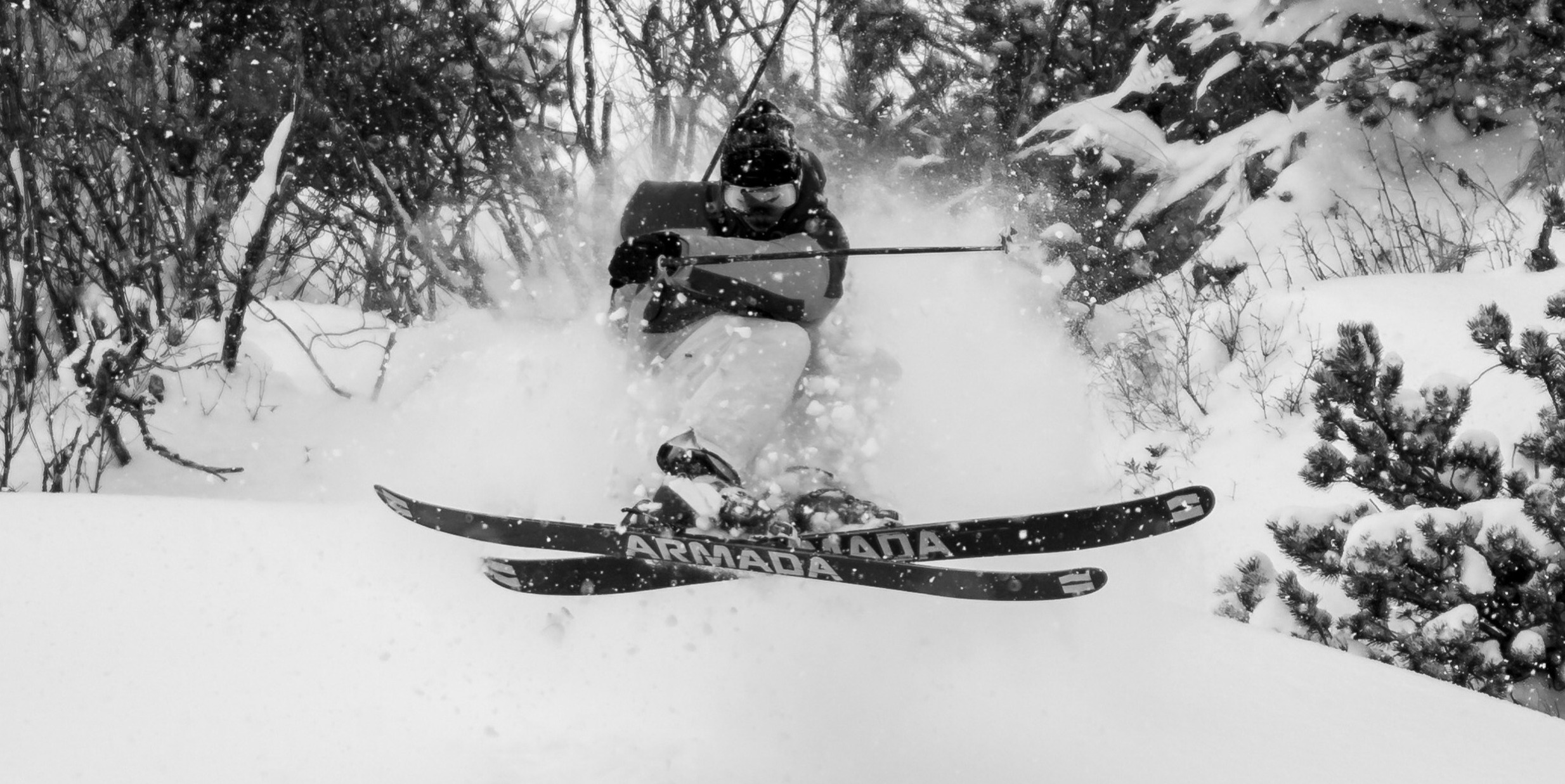 How do you enter your flow state?

In my opinion, there is no particular way of entering one’s flow state. What works today might not work tomorrow and the other way around; there is no forcing it.

However, speaking for myself, the feeling usually starts when I’m on my skis, getting creative with the terrain, connecting obstacles, playing around. You hit a natural jump there, make a massive turn afterward and see this little drop coming up, so you hit it without thinking about it, and boom, you’re in. As soon as I realize that I’m about to get sucked in, I try to stay loose to keep it going.

It’s such a unique feeling, yet there are so many different ways to experience it.

What’s the campaign about?

The more I talked about flow and a certain state of mind with others, the more I realized that it’s something everyone has to find on his own. Some people might never find it, while others experience an absolute tunnel, almost like a gravitational pull towards what they are doing in that moment. That sensation of witnessing somebody getting completely lost in their occupation or sport is truly inspiring. 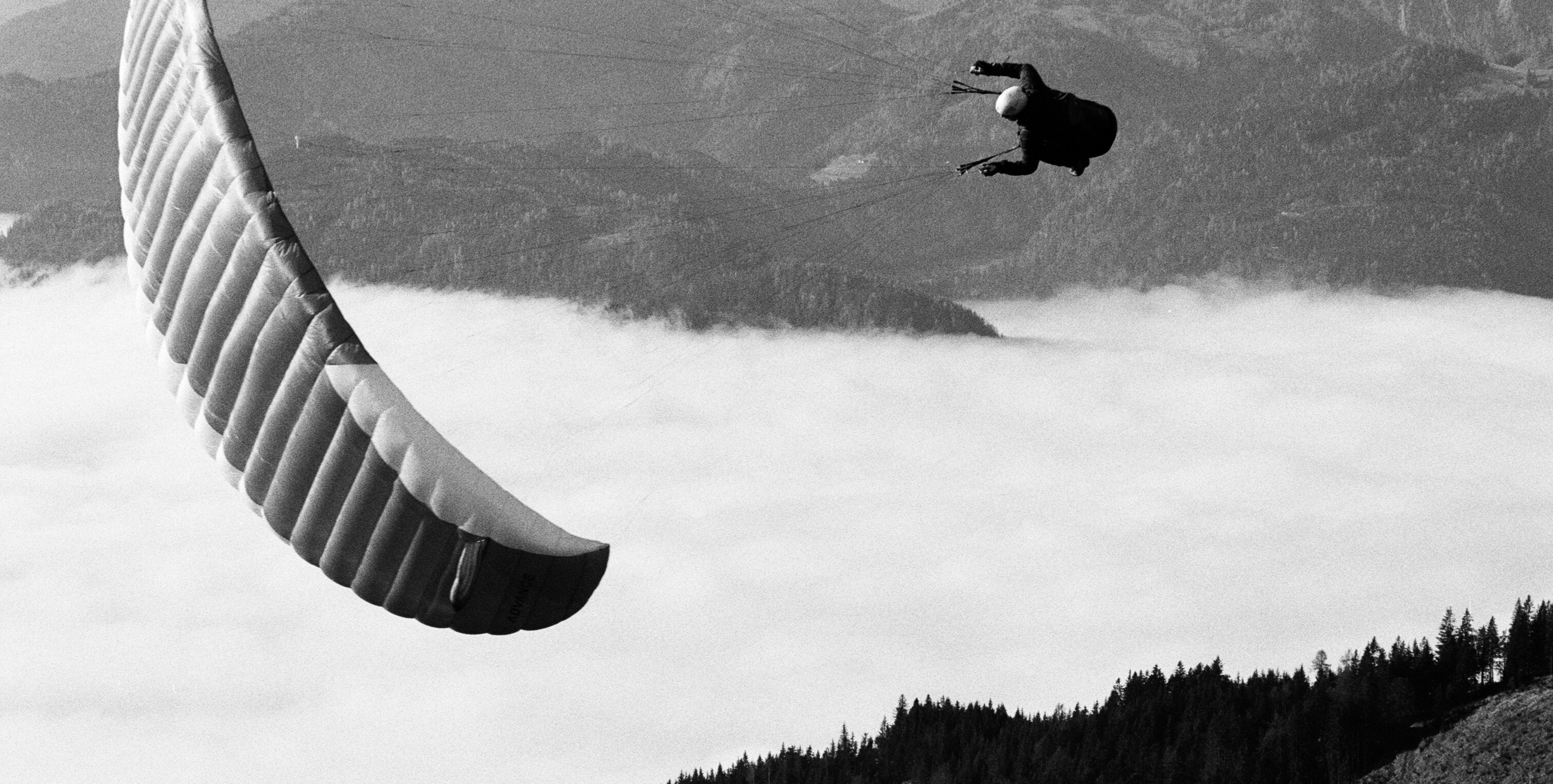 Therefore, instead of just shouting out empty promises, we decided to tell stories. Stories about people who have found that feeling, people who keep on chasing it, even if it doesn’t earn them a living in any way.

Flow is not about performance; sometimes, the mellow movements feel better than the tricky ones. Sometimes, we need to take a step back instead of taking two forward. That’s why we chose to deliver more substance and less shallow content. 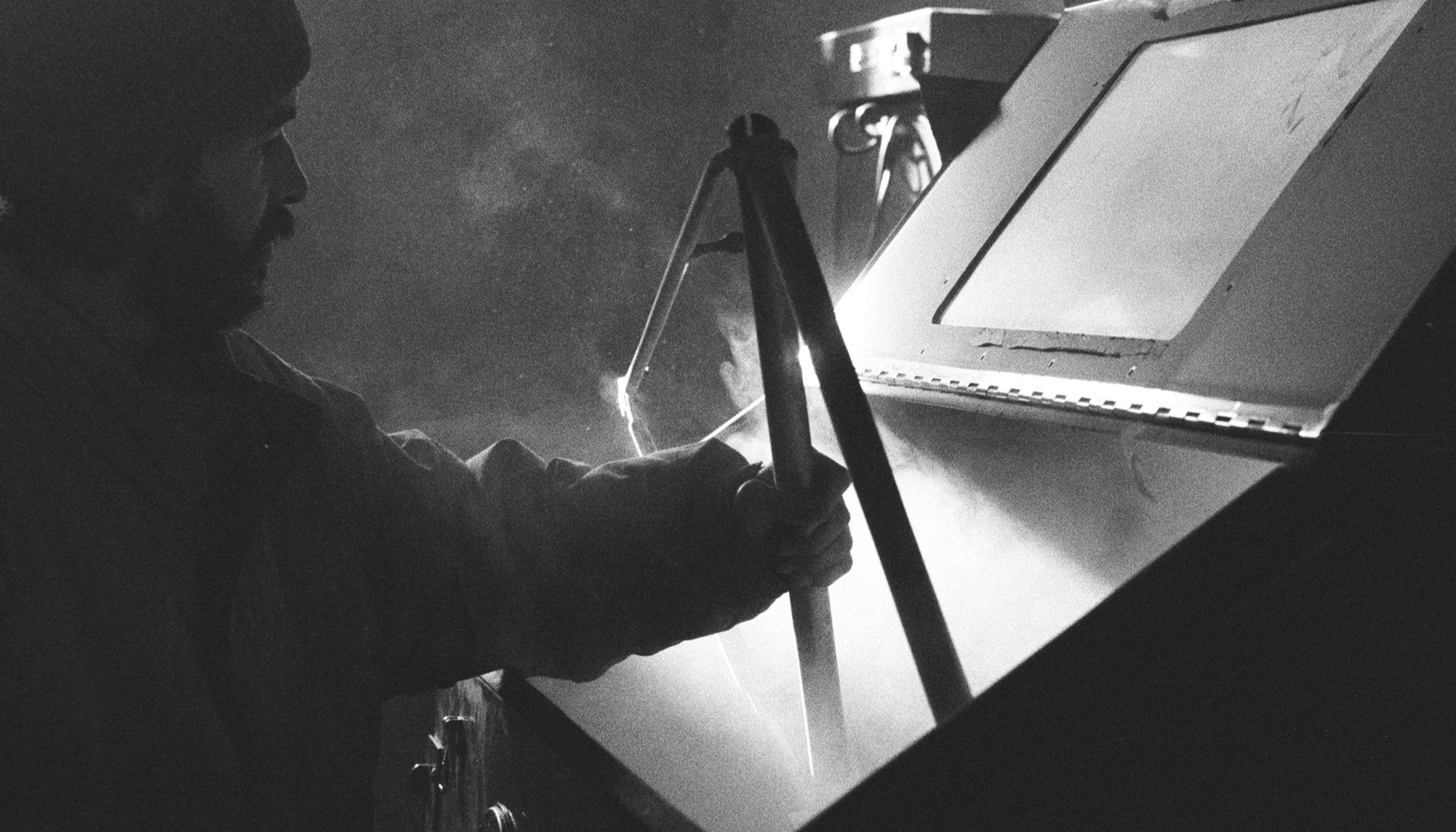 The photographs presented in the campaign reflect a day in the life of the person accompanied. To keep a certain level of authenticity and minimize distraction, all photos are taken on black and white 35mm film, using analog cameras only.

the world is analog